“I guess I was underwhelmed.” I said to Windy.

“No, I guess I expected more.”

She was speechless. Then she countered: “Glacier Bay was the high point of the past two years cruising.”

We tried to understand each other. I recounted for her some of the things we’d seen and done to-date, each one of which seemed to me more dramatic or poignant than anything that just happened in Glacier Bay.

“Those were all singular experiences,” she said, “Glacier Bay was a week-long feast; I never knew where to turn there was so much going on.” She went on to list all that came to mind.

That’s true, I thought, we did sit on the bow of Del Viento, 50 yards from two young brown bears—no other boat or human for miles—to watch them forage on the beach for nearly an hour. No, I’d never seen anything like it in person either.

And indeed, there was a loud crack and boom when the glaciers calved and the ice did seem to fall in slow motion. Yes, we saw acres of broken ice, black with harbor seals soaking in the sunlight. Yes, there were bald eagles and whales and sea otters. We did wade through cold, fast-moving streams of glacial melt.

But I wasn’t feeling it like she was. “I don’t even want to write a blog post about it.”

That was nearly a month ago. We’ve since moved far away from Glacier Bay, on to other remarkable places (like 15 nights on Baranof and Chichagof Islands).

And I’ve thought back on our time in the Park over and over. Each time it all seems more vivid. Today when I look at our Glacier Bay pictures, they evoke emotions that are more powerful and provocative then I remember feeling at the time.

Only now am I amazed that the sharp, hard rock scree we walked across in front of a retreating glacier was crushed and ground by a 300-foot tall wall of ice, still there when my grandmother was a kid. I can see the entire landscape more clearly, now surreal, a myriad of contrasting colors, textures, and shapes cast in Grand Canyon-like proportions. Each evening rouge and purple sunsets lingered for an hour, expanding across half the sky. 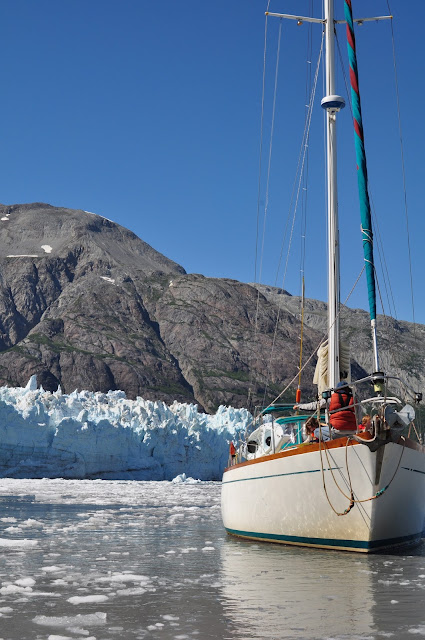 One of the bizarre aspects of Glacier Bay was that the scale makes it very difficult to estimate distances. The face of this glacier here, Margerie, is 275 feet tall--above the water, it's another 100 feet deep below. We are much farther from it than it looks in the picture or seemed in person. What did give perspective were birds we'd see fly very near the glacier, looking like fleas and making it clear how far away it still was.

We started this new life more than two years ago in Mexico, a place I’d spent a lot of time since the 1980s. Mexico felt like returning home. And the experiences we had there our first year, the ones that really struck me, were isolated and easy to process and assimilate. Our 6-month bash north from Baja to Vancouver Island was the same, familiar ground with an even measure of stimulation.

But every northward mile since leaving Victoria three months ago has been increasingly… and here is where I don’t know what to say.

“Mind-blowing” and “profound” and other superlatives come to mind, but they don’t capture my experience. It’s almost like “disorienting” is a better word, but that’s not right either. It’s just been one stimuli after another, almost every day. Like I’m Lucy in front of that conveyor belt, and the chocolate candies just keep on coming, without time to digest, reflect, and adjust before there is more. I take it in, but it seems muted, like I’m failing to live in the moment.

I know we’re moving faster than either of us would like, our itinerary is season-bound. But Windy doesn’t react the same way to all of this. She is very much in the moment, almost desperate to soak in all she can while it’s in front of her.

Interestingly, she doesn’t remember things like I do. She knows that 20 years from now, she’ll ask me if Glacier Bay is where her brother spent his week with us. And I know that I’ll tell her all about it, reminding her that Del Viento was often echoed in the mirror-like water of the coves and inlets. And the bronze-colored hairs in the summer coats of those bears we watched, they rippled over fat and muscle, catching the sun as the animals casually overturned 100-pound rocks looking for food. And I’ll recount how we smiled at each other across the cockpit each time the white thunder boomed from a calving glacier and we’d quickly turn our bow into the swell that followed. 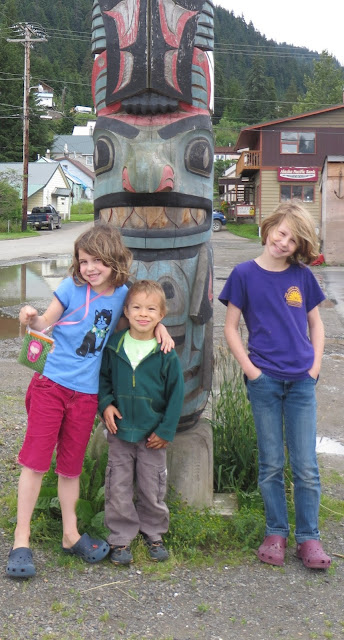 I can't believe how big my girls look next to their cousin; they're growing big faster than I realized. Here the gang is in Hoonah, AK. 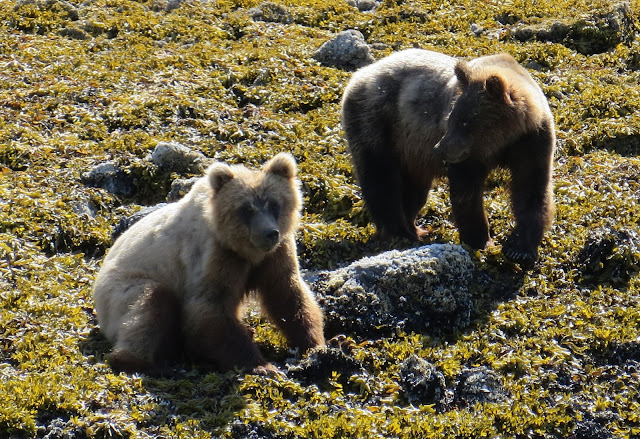 Two young brown bears we watched for a while. 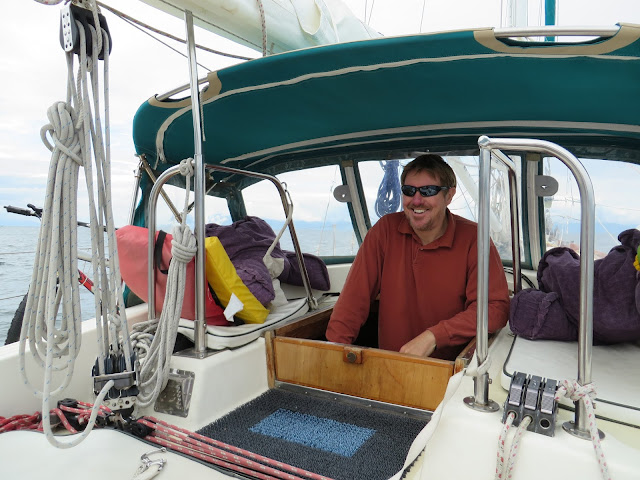 _Me, poking my head out the companionway.
_