Skip to content
Advertisement
How To Leaving The Peace

Ahh, the Baja, a place unto itself. It’s Mexico, but it’s not like any other part of Mexico. Mexicans refer to Baja as La Frontera, the frontier, the border, the 700-mile-long strip of land separated from the rest of the country by the 150-mile-wide Mar de Cortez. In La Frontera, many of the foods that informed the evolution of Mexican culture are missing. Beans and corn and cocoa and don’t grow here. Instead, in this desert place they harvest phosphorus, gypsum, copper, and salt. Caballos and caballeros are in short supply, but pangas and pescadores are the lifeblood of dry towns built on the edge of a wet, nutrient-rich sea.

Baja is geographically distinct, the second-longest peninsula on Earth. The adjacent, moat-like Sea of Cortez (or Gulf of California) that separates this land from the rest of Mexico is one of the most biologically rich marine environments in the world. The deep, cold waters of this Sea are the root meteorological influence that results in Baja’s arid landscape. Upwelling of nutrient-rich water from the depths causes phytoplankton to bloom. Cetaceans, pinnipeds, and marine animals of all types to congregate in the Sea. Blue, gray, killer, and humpback whales migrate here for the winter months. Fin whales and sperm whales live here year-round. Dolphins, rays, sharks, and sea turtles are everywhere. Pelicans and gulls and herons skim the shores. Several of the 900 islands in the Sea are home to endemic species of endangered plants and animals.

Along the U.S.-Mexico border, Mexico maintains a border zone, an area that extends 12-18 miles into the country. In this zone, over-land visitors staying less than 72 hours are exempt from tourist card and visa requirements. Visitors of any length of time are not required to obtain a vehicle import permit. The border zone is a sort of no-man’s-land, a necessary buffer. But this buffer is also an indication of how Mexico regards the Baja California states: the entire peninsula is included in the special border zone. Six-hundred miles south of the border, board a ferry in La Paz for a Mexican mainland port and you will be required to again clear customs when you arrive. 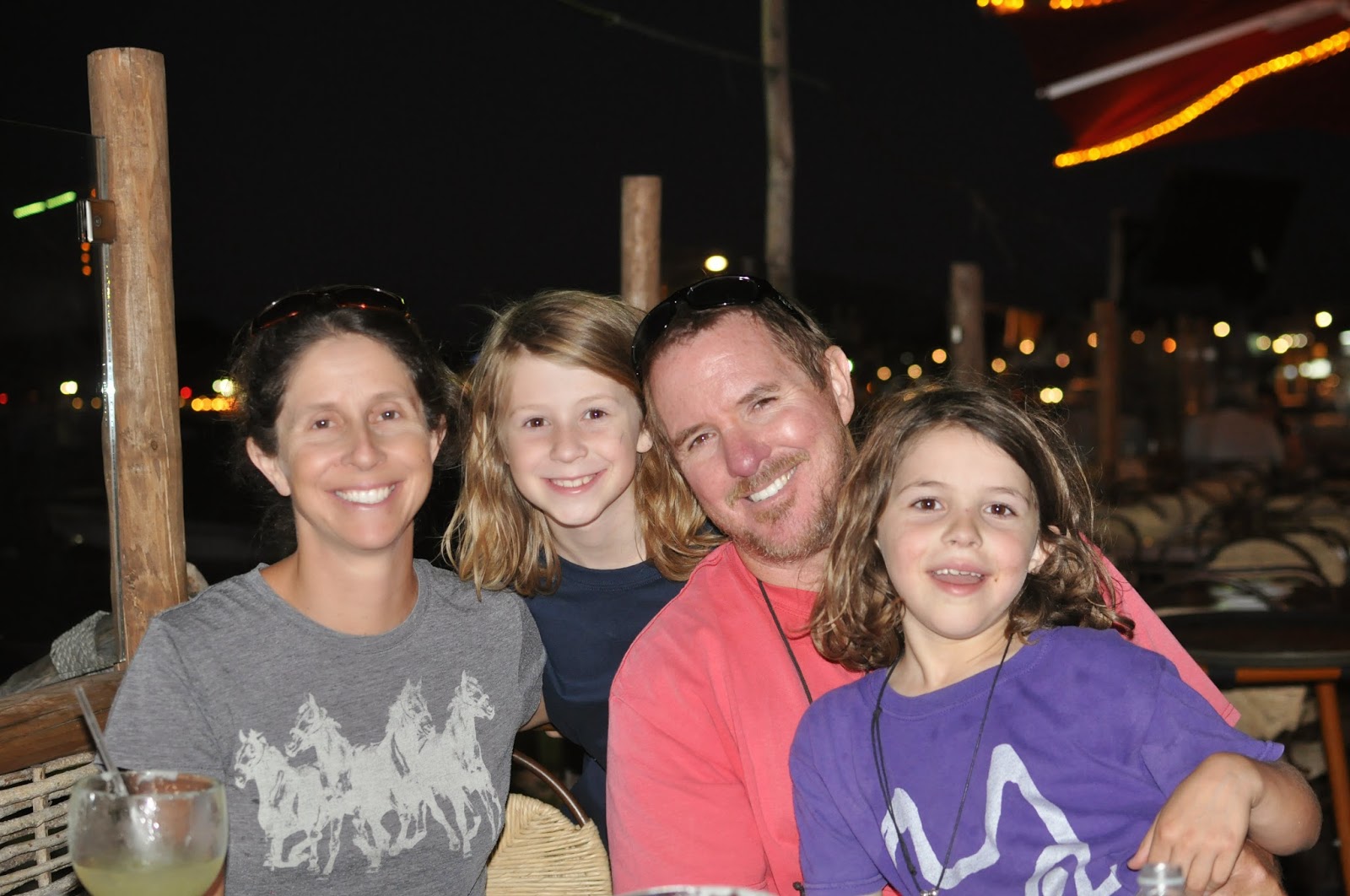 And the distinctions between Baja and the rest of Mexico aren’t just geographical and political, they are also cultural. The people and communities and ways of Baja are influenced in part by the homeland, in part by the geographically proximate Californians, and by the hardscrabble, isolated communities that dot a landscape rich in rock and cactus.

There are three primary cities in all of Baja: Tijuana, La Paz, and Cabo San Lucas. The former is a border city and the latter is almost wholly devoted to appeasing tourists. That leaves La Paz.

In January, we dropped the hook in La Paz to get our boom fixed, to catch up with friends, and to provision. All of this was accomplished in fewer than three weeks—and then we did much more. Nearly four months passed before we lifted our barnacle-encrusted chain and pointed Del Viento’s bow north.

This is Windy’s and my third trip to this city by cruising boat (Jan-Feb 1997, Jan-April 2012, Jan-May 2014). Each visit we’ve ended up staying a bit longer and loving it a bit more. La Paz is the capital of the Mexican state of Baja California Sur. Over the years it’s swollen to more than a quarter million people—a sprawl that extends along one side of a bay and outward into the desert. There are many gringos living here, but relatively few gringo tourists.

Meri on Hotspur wrote here and here about the attributes of this cruising Mecca. I second her take and leave you with pictures from our recent stay. We plan to return to La Paz soon before heading north (into the Sea) again. In the fall, we plan to spend another month or so in La Paz before perhaps heading south to Southern Mexico and Central America. Of course, that’s all written in sand below the high tide line. 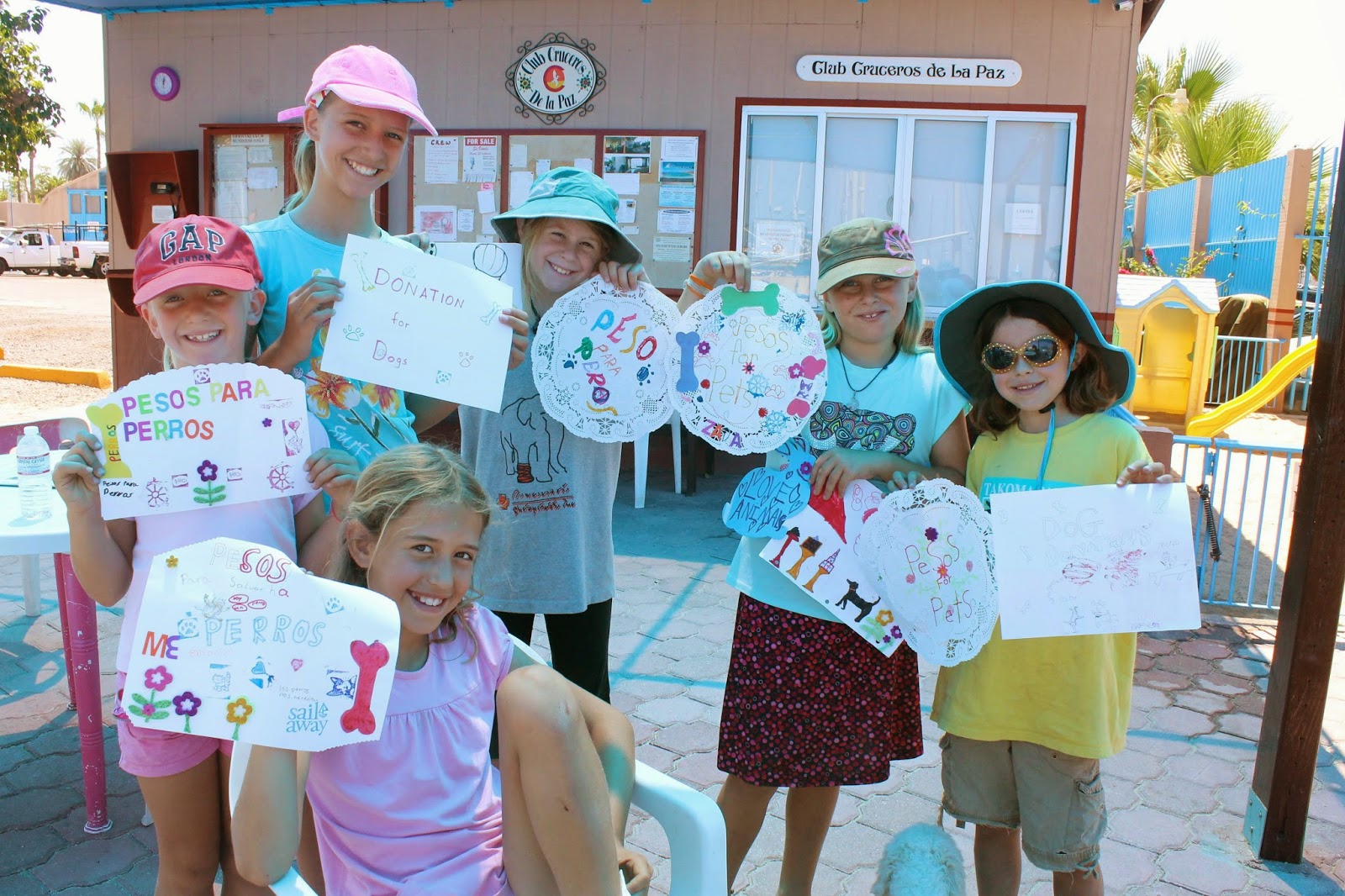 At age 8, Frances is enamored with the knowledge and confidence that she has the power to do good things. She was the impetus behind a recent bake sale to raise money for SHLP. It was a success. Here she is with Eleanor and their cruising kid friends, three of the four kids from Lumbaz and Zada from Eyoni. (courtesy Nancy Jones, Eyoni) 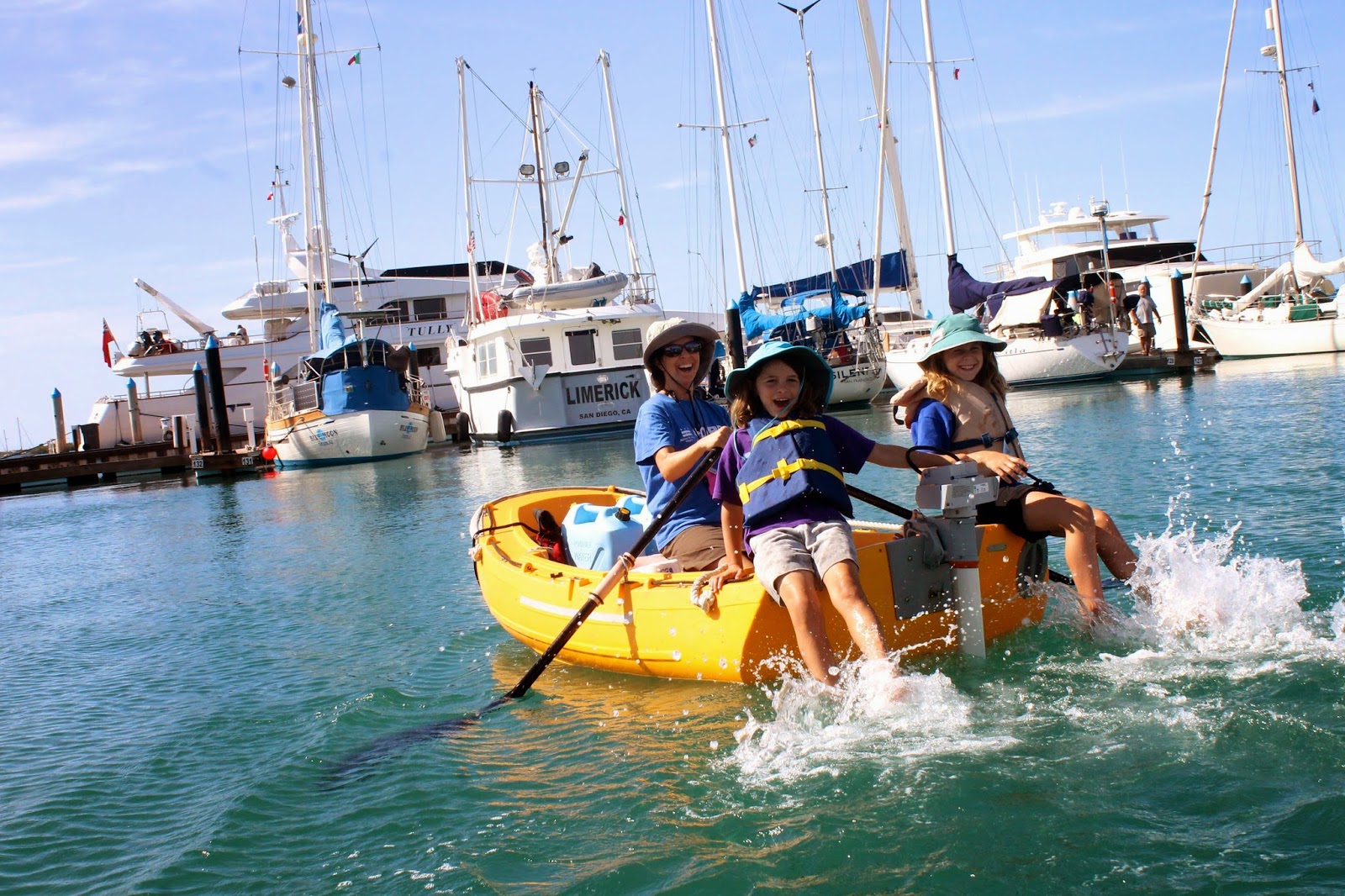 This is how we roll through Marina de La Paz when the battery to the electric outboard is out of juice. (courtesy Nancy Jones, Eyoni)