There are lots of expensive things aboard the average cruising boat that get very little use, but here is our list of the small, inexpensive things that we value almost daily. My beloved Autoloader. That thing on the handle that looks like a button, isn’t—it’s perfect in every other way though. Michael Robertson

There are lots of expensive things aboard the average cruising boat that get very little use. EPIRBs, life rafts, drogues, storm sails, and spare anchors come to mind. But then there are the small, inexpensive things that we value almost daily. Their place aboard is secure, they’ve almost become part of the crew and if we lost them tomorrow, they would be replaced in short order.

6 Ratcheting crimpers: Aboard the first Del Viento, I crimped hundreds of 12V wire connectors with cheap, common crimpers, the kind that come in sets. They worked okay for a short while, before the axle started to loosen and the handles began to twist under pressure. I always wondered if I was
squeezing tight enough, or too tight? I bought ratcheting crimpers at a boat show before we left and I will never go back to non-ratcheting crimpers. The tool is sturdy, the action is satisfyingly positive, and every crimp is perfect.

5 Colored tool bags: In our D.C. garage I had a nice tool chest that rolled on sturdy wheels and featured drawers that slid on greased bearings. When I realized this chest wasn’t coming aboard with us, so I wondered what to do with my ¼”, 3/8”,and ½” socket sets and my collection of metric and standard open-end and box wrenches. Plastic tool boxes take up a lot of space, especially if they have the snazzy molded spots to organize your sockets and wrenches. Then I saw these bags and decided to try them out. They are great. I know to grab the orange bag when I need an open-end wrench, and when I need a 3/8” socket, I grab the brown bag. The inconvenience of digging through a bag for the particular sized wrench or socket is way offset by the fact that when these bags are stuffed with tools, they are like bean bags: compact and can be stowed anywhere. I keep them in a cubby beneath the dinette where they’re out of the way, but easy to grab. For canvas bags, they are not cheap, but the Klein quality is evident and the metal zippers still work perfectly after two years. I’ve spared them no abuse and the seams are tight and the material is sound. I can’t think of a better way to stow these necessary sets of hand tools.

4 Nesting stainless steel bowls: We bought this sturdy set of bowls at a Costco more than 10 years ago and use them more than once a day. I’ve since seen much thinner bowls than ours and I don’t think they would work as well. Not only are these things indestructible, but because they’re impervious, I can use them in the morning to soak an engine part in a solvent, and in the evening to toss a kale salad. Maybe this doesn’t sit well with everyone, but I appreciate dual- and multi-purpose things in our life afloat where space is at a premium. Also, these bowls can be scoured with stainless steel wool (you should have this aboard too) after bread dough has stuck to them like glue.

3 Oil extractor: I used to suck all 6.5 quarts of oil out of our engine using one of those little pumps you spin with your drill. It was terrible. I’d sit for 30 minutes with the drill running continuously—tons of power consumed, tons of wear and tear on the drill, and it was inevitably messy. I saw this West Marine manual vacuum extractor raved about online by a number of folks. I was skeptical but I couldn’t find anything else that seemed better or had such stellar reviews. When I saw it in person, I was shocked at how big the thing is and wondered where I was going to stow it. After using it the first time, I didn’t care if it had to live in my berth, it’s that great. I simply connect the tubes (friction) and insert one end down the dipstick tube and plug the other into the top of the canister. Then I pump 10 or 15 times and walk away. Twenty minutes later all the oil is out of the engine and in the canister. I’ve used it also to suck up a spill in a hard-to-reach place in the hull. After every use, I simply wedge the end of the tube someplace high and let it sit overnight; in the morning, it’s totally clean. This thing is great. 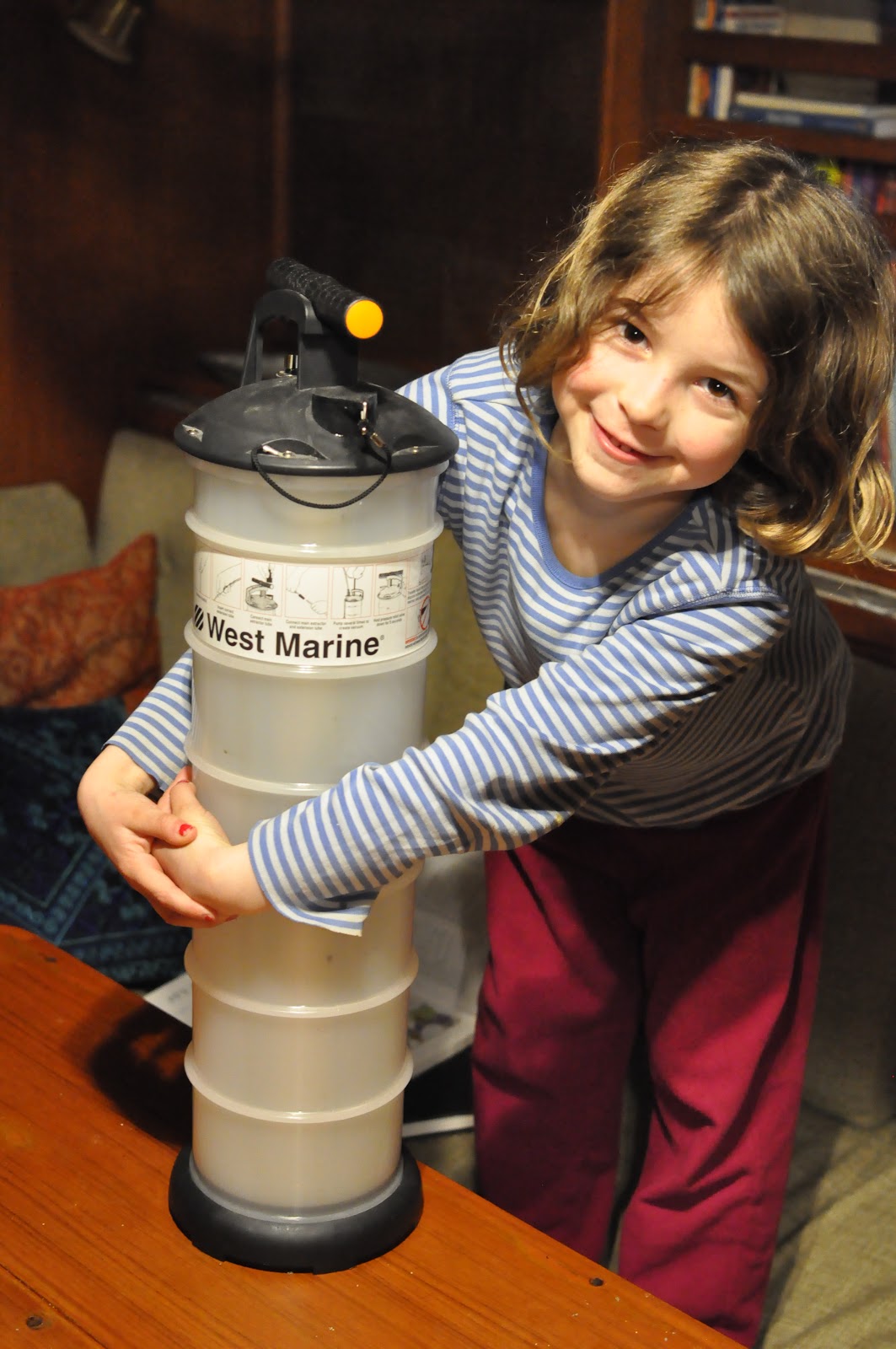 2 Vacuum cleaner: Having owned terrible rechargeable and 12V vacuums in the past, we researched vacuums like crazy before buying this one. We wanted something compact, but heavier duty that would provide a lot of suction. We’ve used this Eureka EasyClean vacuum at least every other day for the past two years and it is still going strong. And it doesn’t just get light-duty use. I use it on nearly every dirty project aboard, sucking up the waste from drilling fiberglass, metal, and wood, inside and out. It is well-built, stows neatly, provides lots of suction, and its bag-less design is easy to empty. 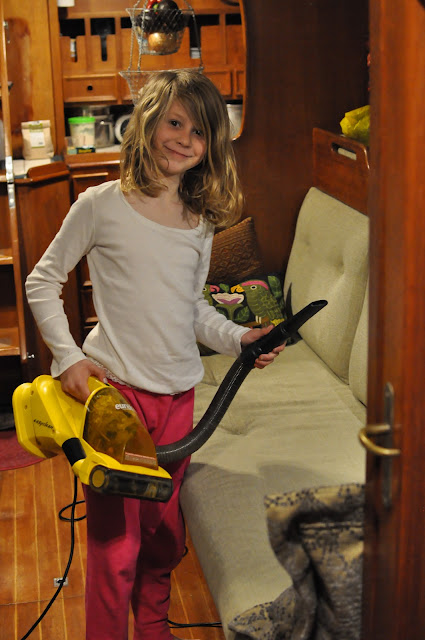 1 Screwdriver: I don’t know what I was thinking when I bought this thing at the 2010 Annapolis boat show; I was irrational, clearly in a buying frenzy. Have you ever seen anything more suited to a late-night infomercial? It is like those 6-in-1 screwdrivers that come with the different magnetic bits, except that all the bits are stowed inside and you simply have to twist it to the right position for the bit you want and then pump the thing like a shotgun to change bits. The Autoloader screwdriver is the greatest thing since sliced bread. Other than two monster screwdrivers I bought in Mexico, I’ve not used any of the dozen “regular” screwdrivers I own since moving aboard. Not once. Through all the work we’ve done, all those projects, all the screwing’s been done by this guy. I’ve used it so much and so often, I’ve memorized the order of the bits inside, so I just know I have to twist two clicks this way to get to my #2 Phillips driver and one more that way if it turns out #1 is a better fit. A great feature is that you can customize it with your own bits, or replace these if they wear out (they have not). Looking at it, I would imagine at least one plastic part would have broken by now, but none have. I know that no matter how emphatic I am, you will still think this is hokey, but you would be wrong.