Heading north to Alaska, we stuck to the Inside Passage. Now (urgently) heading south to Mexico, we’re going outside. We’ve already made it to the southern coast of Vancouver Island, less than a month after leaving Sitka, Alaska. It’s been an entirely different trip on the outside, and one of the differences is a bit sobering.

We’ve discovered ocean-facing shorelines in remote, unpopulated places that are chock-full of debris from Japan’s horrific 2011 tsunami. It’s all plastic stuff. By count, it seems mostly to be small bottles of consumer goods like drink bottles or liquid soap bottles. By weight, it seems mostly to be thick, hard-plastic floats or buoys of all different sizes. Most are black with one or two eyes molded in. From what I’ve been able to determine, these were used in Japanese oyster farms. We’ve also found shoes, polypropylene, plastic crates, coolers, and many odds and ends. Everything has Japanese Kanji characters on them.

I’m interested in learning what is written on that horseshoe-shaped thing below and I appreciate the help of anybody who reads Japanese or can forward this to someone they know who does. 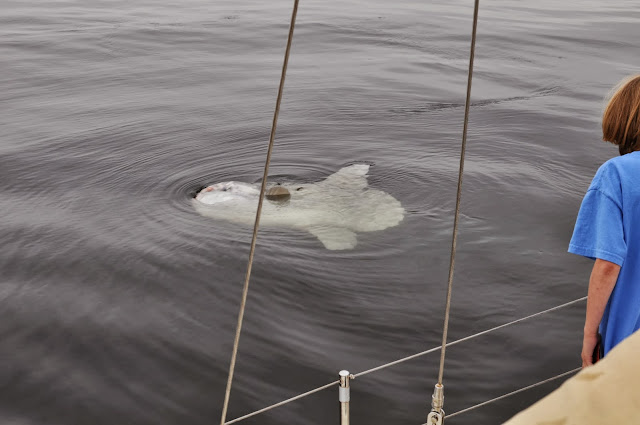 And this is the most unusual wildlife we've seen in a while. It's an ocean sunfish, the largest bony fish on earth. They're flat and tail-less and occasionally hang out on the surface like this. I was gratified to learn they eat jellyfish--if you haven't been out here, you can't imagine how many jellyfish are everywhere, it's unbelievable. 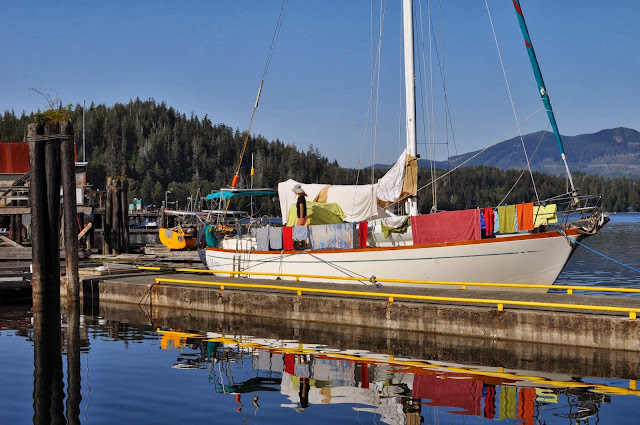 All dressed up for laundry day in Winter Harbour, BC.