Advertisement
How To Abandoned Trapper’s Cabin

The Robertson family heads out on a challenging hike—warnings in the cruising guide be dammned!

I later spotted these three guys checking out the prettiest girl at the dance–none of them had the courage to step forward. Michael Robertson

“Look, those signs are all about CYA.” I said, “The government puts those here to keep from getting sued. It’s certainly not going to take us two hours each way, those are just estimates based on people who stop to rest ten minutes out of every twenty.” 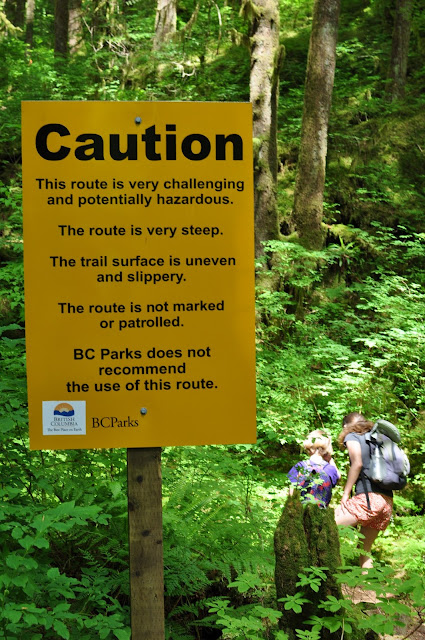 I had the girls in my corner and the fact that Windy loves to hike meant there was no further discussion, the Robertsons marched on. And up.

The sign was right about one thing, the trail—there is no trail, let’s call it a route—the route is not maintained. But people had clearly passed before us, and abundant blazes made it possible to find our way. And this route was a climb—no wimpy switch-backs—nearly straight up a mountain, through a dense, beautiful forest. The smell of the conifers was invigorating and the four of us continued enthusiastically at a pace that could last no longer than nine minutes.

“Climbing the trail to the trapper’s cabin is like taking the stairs to the top of the Sears Tower—twice—with a boot-camp training obstacle on every third landing.”—Chuck Gould, Waggoner Cruising Guide, as read after-the-fact by the Robertsons

After an hour, surprised we hadn’t yet reached the cabin, we began joking that the two-hour estimate was based on records set by competing, professional mountain climbers. “Ha, maybe it’ll take us four hours to get to the cabin!”

After two hours, no cabin in sight, we stopped joking, fearing the two-hour estimate was based on records set by competing, professional mountain climbers. 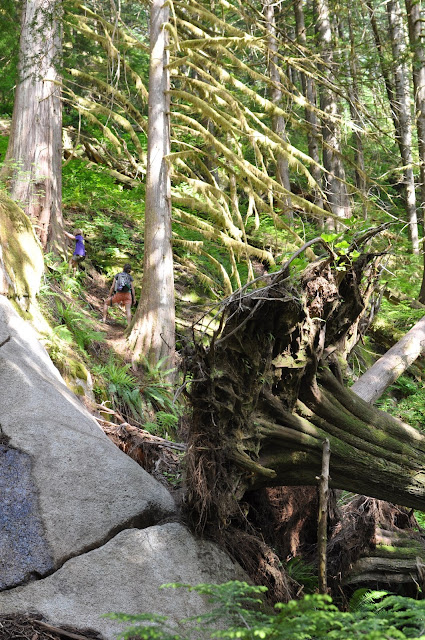 Note Eleanor repelling down this slope with Windy below. From here, they would make their way behind the roots of that fallen tree and then shimmy down in the crack in the rock, foreground.

“Wow, this is something else,” I said.

“My legs are going to be very sore tomorrow.”

“Do you have any water left?”

“The trek cannot be considered a walk, or even an ambitious hike. Anything less condemning than ‘hand-over-hand-scrambling-climb’ would be insufficient to describe several sections of the accurately labeled, ‘primitive trail’”—Chuck Gould, Waggoner Cruising Guide, as read after-the-fact by the Robertsons

“Look at the girls, I’m glad they’ve reached the age where they can do this. If they get through this, this family can do any hike,” Windy said.

“Of course they can do this; if I had only 65 pounds to carry up this hill I’d be at the top already.”

The girls still laughed and talked non-stop, evidence that they did not yet know fatigue. I realized the next development stage is where they don’t need us at all, where they leave us on the boat so we don’t slow them down.

It was wet and every rock was slick. We shimmied along cracks in a wall of granite. We climbed under, over, or walked along the tops of countless fallen trees. The girls used a rope to repel, the only means to navigate a particularly steep slope.

“In many places, the trail climbs 30 feet or more up nearly vertical rock outcroppings. The only way up is by natural ladders formed by exposed tree roots. Rivulets follow the invisible trail, creating muddy and slippery morasses where substantial footing is needed.” –Chuck Gould, Waggoner Cruising Guide, as read after-the-fact by the Robertsons

In our third hour, we nudged each other along by sharing fantasies about what we’d find in the cabin.

“And four pints of Haagen Dazs!”

And then the trees thinned before a couple-hundred-foot-high wall of rock there was no way we would be able to climb. Just at the base, the route leveled and went sideways along the mountain. A waterfall we’d heard in the distance was now booming. We picked up the pace, our breathing less labored. And just like that, in front of us, the remnants of a trapper’s cabin ten yards from a raging waterfall.

It was clear immediately that there was no fridge, no couch, and no shower, but our relief at having made it was prize enough. We stepped around in the overgrown floor space beneath a tangle of rotting, fallen logs, only the first foot of the vertical wall still apparent. A frame of rusted iron bedsprings was tucked into a corner and we wondered how in the world someone got it up here.

And then we sat to share the slim pickings Windy stowed in her backpack for a 30-minute walk.

“And it’s going to be technically harder going down.”

I thought of all the slick, steep steps we took to get up here.

“That was probably the best hike I’ve ever been on.” Windy said.

“Me too!” the girls echoed in unison. 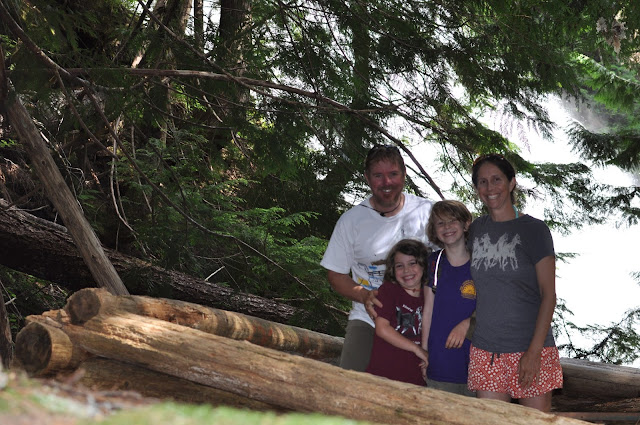 Victorious in the trapper’s cabin, waterfall behind us. 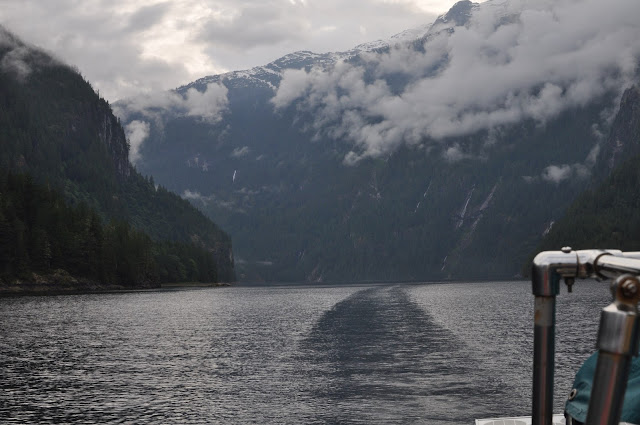 This is looking over our transom as we motored out of Princess Louisa Inlet the next morning.