| |The girls and I gave Bean multiple baths, removing lots of fleas and ticks. Then we brought him to the vet for de-worming and a check-up. The little wild street dog is in fair shape for how he started out, but does weigh only half what he should and is only slowly learning to trust humans. Note his broken tail.|

A few days ago I found myself kneeling on a grimy sidewalk in downtown Guaymas, Mexico. Pedestrian traffic flowed around me. I was frozen, contemplating my next move. I had pinned to the concrete a writhing, snapping, ball of filth. Do I release him? I don’t want a puppy. Mike certainly doesn’t. And clearly this puppy, its mouth agape, eyes rolling in terror, doesn’t want us. Yet releasing him meant he would die, either today—in a panicked getaway through the dense traffic—or tomorrow or the next. And so there I remained, kneeling on a Guaymas sidewalk.

About all the uncared for animals we come across, I have always told my girls, if a situation came up where we could truly help, we would. But misguided help can harm, and at the moment I was pretty sure the scales had tipped slightly toward harm. Not only was I frightening the little guy practically to death, I had created a situation in which his immediate risk was greater than if I’d just left him alone. The seconds passed and the puppy’s struggles weakened. My own internal struggle, both moral and practical, suspended me in thought. Then he gave up his fight and lay there limp, emaciated ribs heaving, resigned to his fate. That resignation is what did it. In that moment the scales in my mind tipped to help. 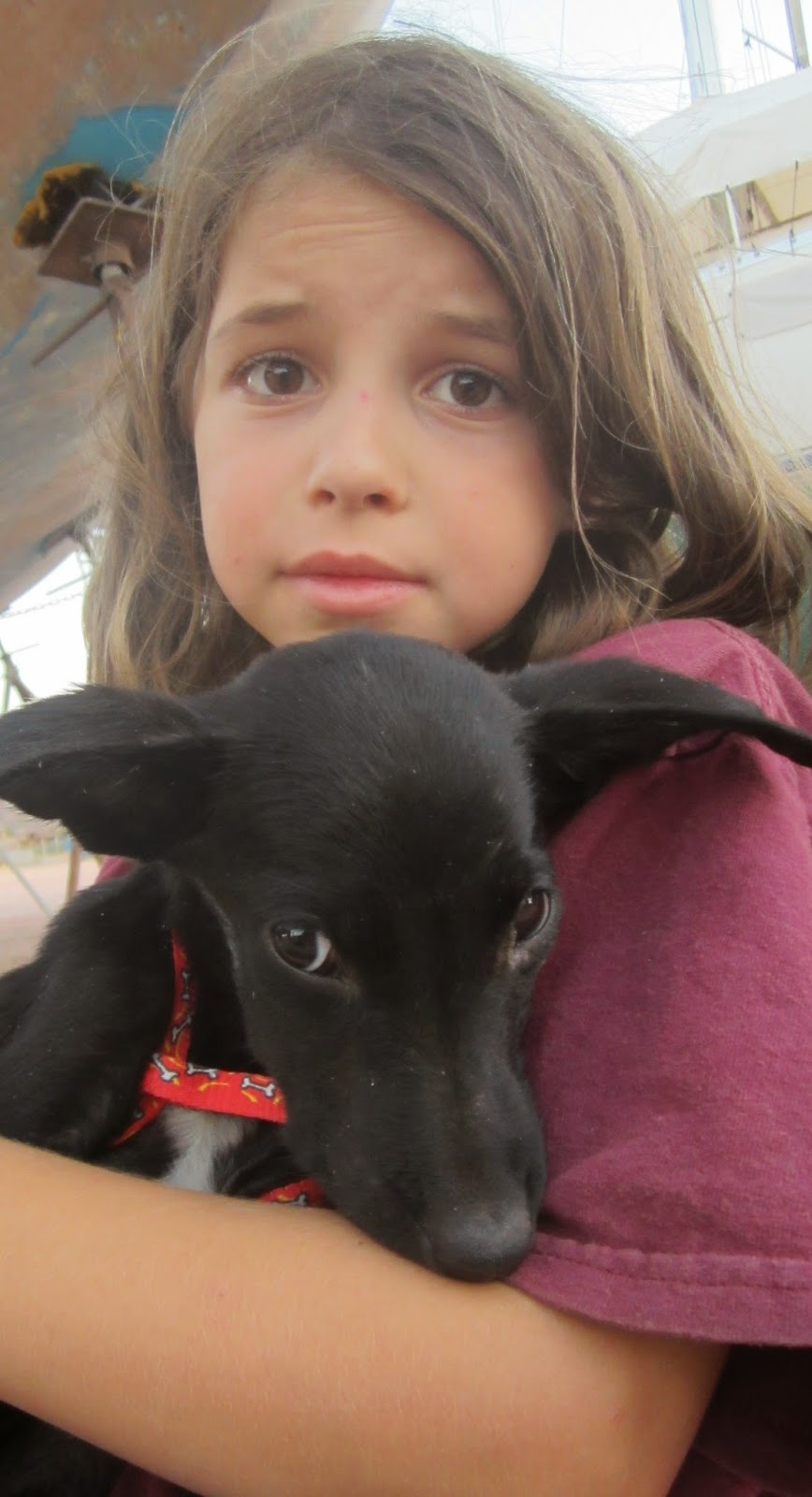 Now it was just a matter of carrying him. But how? He was light as a feather, but he was beyond dirty; even at arm’s length I could see fleas and ticks crawling all over him. A little furry vessel of potential disease. I pulled a sarong out of my pack and wrapped and wrapped until all but his head was covered. Then I picked up my parcel.

Eleanor and Frances were waiting for me a block away with our friends from Dawn Treader, everyone wondering what was taking me so long. As I neared the group I noted their astonishment and concern and I gave them a smile and wave. “Do you remember how I always say, if there is a time when we can truly help, we will? Well this is one of those times.”