It's Family Island Regatta week down here in George Town and the town is abuzz with activity. We have never experienced the regatta first hand, but from what I hear, it's a BIG deal in these parts and promises "traditional Bahamian sloop racing at it's finest." The regatta draws a huge crowd and the population of this small town allegedly doubles this week, going from five to ten thousand people. Bahamians come in from all the neighboring islands to cheer on their respective boats, captains and their crews. It's like Mardi Gras meets Key West Race Week and it's (apparently) a week long party that entices spectators from around the world.

When we arrived the other day, a container ship had just come in with a veritable boat load of cargo. We watched as they launched the wooden sloops, one by one. Each one was brightly colored, uniquely named and they hailed from just about every island in the Bahamas. While the boats were off-loaded, street vendors worked at setting up a long row of colorful food stalls (similar in style to Potter's Cay) to make sure all the participants and spectators remain adequately hydrated and fed throughout the week. The excitement was palpable, and we have been promised by locals that this is not a week to be missed down here. We'll let you know... 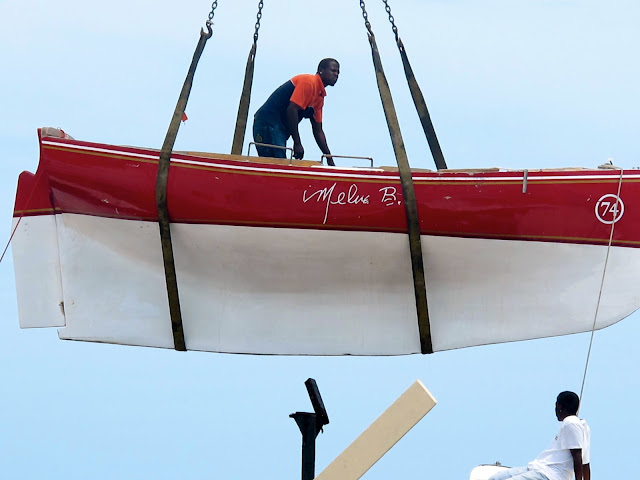 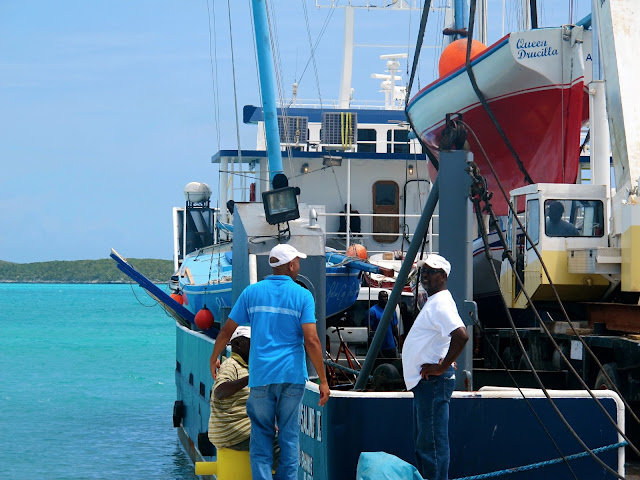 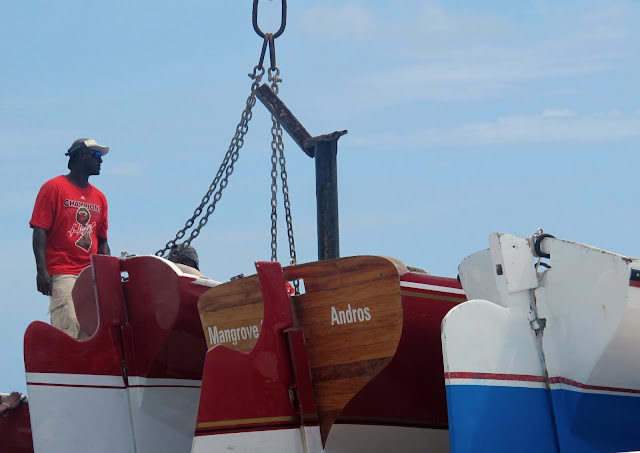 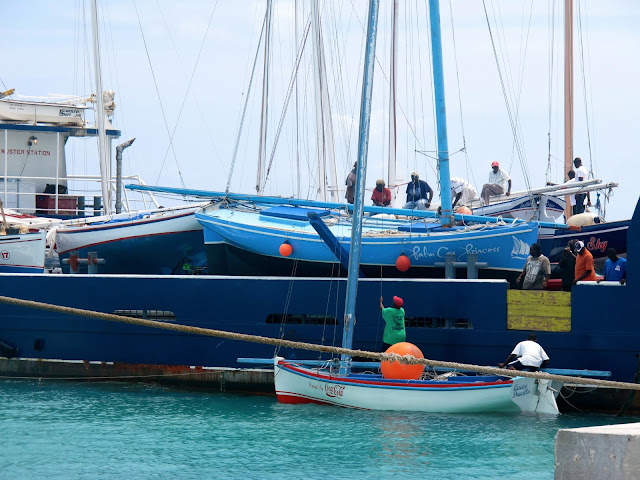 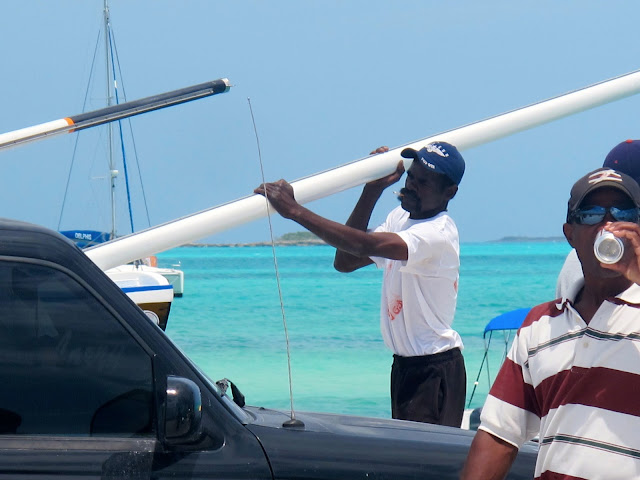